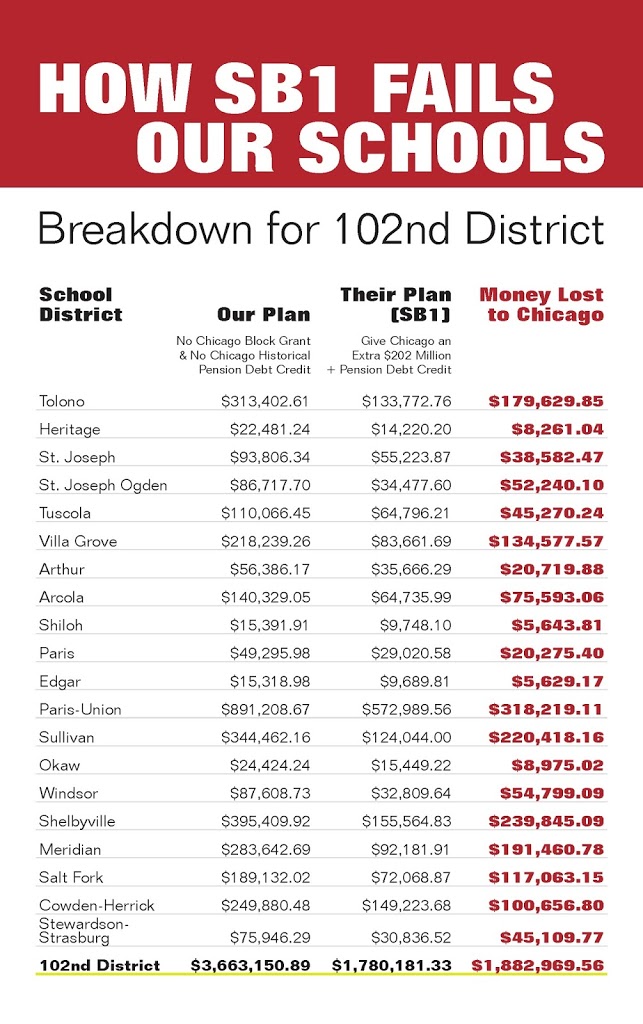 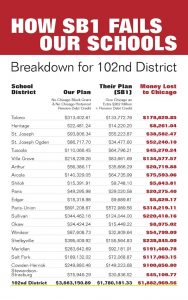 State Representative Brad Halbrook (R-Shelbyville) opposed the last minute political games played with the school funding formula bill that would bail out Chicago schools by $500 million. Senate Bill 1 had been a bi-partisan effort to bring fairness to the funding formula and bringing relief to property tax payers, but at the last minute was amended to help Chicago Schools more at the expense of Central and southern Illinois schools. It narrowly passed with 60 yes votes and heads to the governor where it is anticipated he will veto the bill.

“It is amazing how blatant the games are to benefit one school district over the rest of our schools and students,” declared Rep. Brad Halbrook. “There was a good faith, bi-partisan effort to bring fairness to the school funding formula and bring relief to taxpayers, but that was lost at the last minutes of the regularly scheduled session. I could not in good conscience vote for SB 1 in its final form that short-changed our students here in central Illinois,” Halbrook added.

The legislature has debated the issue of school funding reform for a number of years, including this past legislative session. Many believe that we need a more equitable school funding formula in Illinois that lessens our reliance on local property taxes while providing that the State make education a higher priority. Right now, Illinois only provides 24% of total education spending.

In addition, Illinois has not had a full budget in two years. This school funding reform proposal requires $350 million in new money even though the State cannot afford to pay schools for current year programs. SB 1 would allocate the monies at a 70% – 30% ratio with 70% for Chicago that has only 23% of the students.

“I will continue to support a new formula to provide an equitable and adequate education for all two million students in Illinois public schools, and not just a select few,” concluded Halbrook. “I believe we can help schools and help taxpayers at the same time if we show the political will to do the right thing.”