Rep. Halbrook Holds Firm on No New Taxes! Continues to Advocate for Reforms and Cuts to Overspending 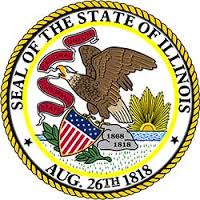 Today, the Illinois House of Representatives considered overriding the vetoes by the governor on a budget and a tax hike that would increase personal income taxes 32% and corporate income taxes from 5.25 percent to 7 percent. State Representative Brad Halbrook (R- Shelbyville), a member of the Government Transparency Committee, continued to oppose these increases by voting no on the override motions.

“This is a massive, permanent tax hike that will push more taxpayers out of state and more businesses out of business,” said Rep. Halbrook. “There is not enough spending reductions in this plan…no property tax relief, no regulatory reform to grow jobs and no term limits…I had to support the Governor’s veto of this bad plan,” Halbrook added.

We need reform because we have the worst job growth of any state in the country. Since 2000, we have grown virtually no jobs. If our economy had just grown at the national average the last 17 years, we would have enough money to balance our budgets. People are leaving the state every day and are going to places with jobs and growth like Indiana and Texas. There is no reason we shouldn’t be creating jobs here in Illinois.