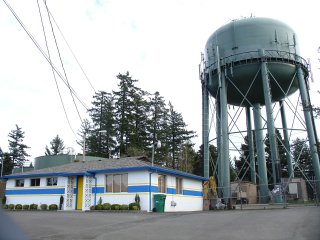 State Representative Brad Halbrook (R-Shelbyville) announced that the governor signed into law House Bill 4253 on Tuesday that will now allow the body that appointed a trustee in a water district may also remove that trustee for misconduct, official misconduct, or neglect of office.

“I am pleased that this bill has become law,” said Rep. Brad Halbrook, a member of the Government Transparency Committee. “This is one of those instances where someone could be appointed but there was no legal mechanism to remove them if they were not doing their job or it was discovered they had lost the public trust because of misconduct.”

This law creates more accountability in the 98 public water districts in Illinois. It is a response to a water district trustee who made a profit of more than $14,000 on contracts between his business and the water district board on which he sits, despite being prohibited from having any direct or indirect interest in any contract or work of the district.