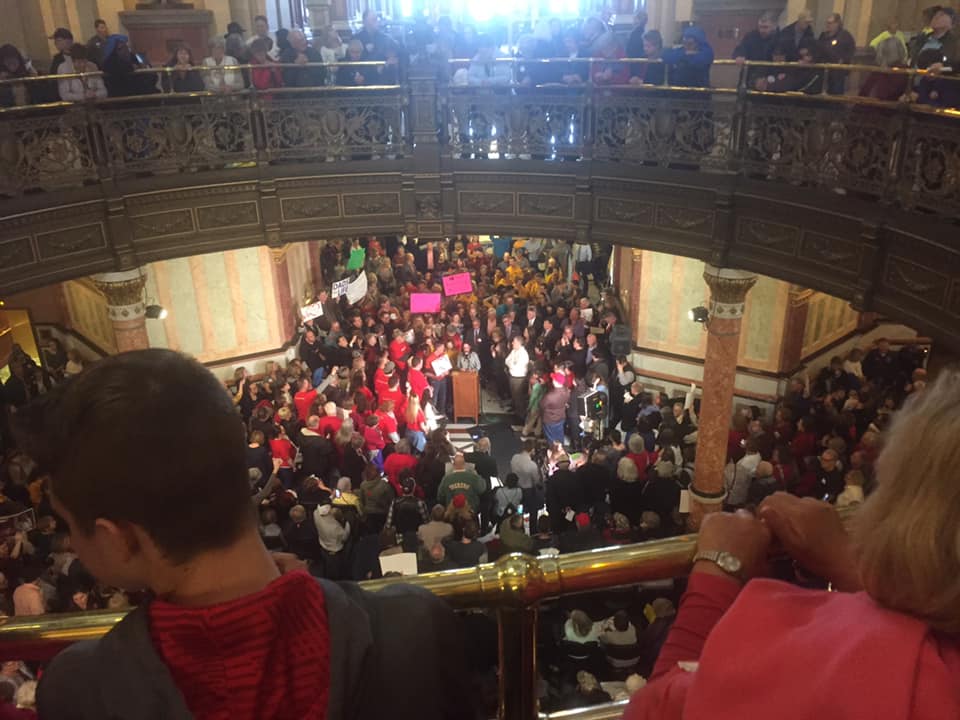 State Representative Brad Halbrook (R-Shelbyville) joined several of his colleagues in sounding the alarm about extreme legislation introduced to legalize infanticide in Illinois as part of the pro-life rally in Springfield today.

Halbrook said two measures, HB 2495 and HB 2467 would make give Illinois some of the most far left abortion laws in the nation.

House Bill 2495 makes dramatic changes to the state’s abortion laws, including allowing abortions for any reason throughout all nine months of pregnancy; jeopardizing any meaningful regulation of abortion clinics; and repealing any law prohibiting “kickbacks” for abortion referrals.

“Infants in the third trimester can feel pain and most can survive if born early,” Halbrook said. “Abortion in the third trimester is infanticide. If House Bill 2495 is passed into law, Illinois would become even more of an abortion destination state. The proposed legislation goes beyond even what passed in New York. It is imperative we stop it.”

House Bill 2467 would repeal the Parental Notice of Abortion Act of 1995, which has been responsible for a reduction of more than 55% in abortions among Illinois minors since 2012.

Both House Bill 2495 and House Bill 2467 have been sent to the Informed Consent Subcommittee, which is a subcommittee of the House Human Services Committee.