Rep. Halbrook Vows to Fight Unfair Tax in the House 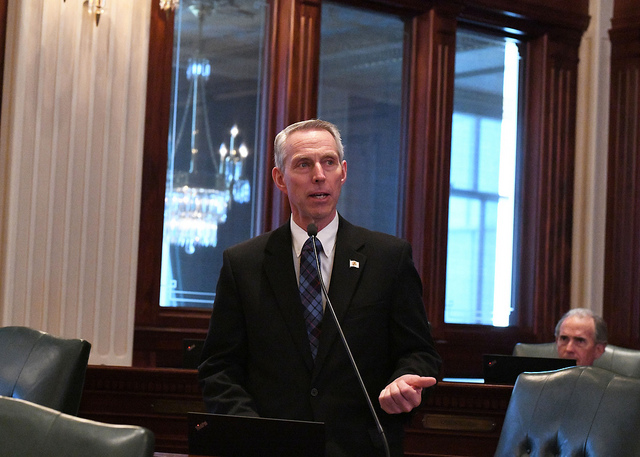 Democrats in the Illinois Senate have strong-armed passage of tax increases on working families and employers in Illinois and forwarded the legislation to the House. State Representative Brad Halbrook said the tax increase legislation amounts to a “blank check” for legislators, clearing the path for future tax hikes at any time.

“Removing the flat tax language in the Illinois constitution is handing the Democrats in the General Assembly a blank check to continue to hike rates anytime they want more to spend. I will fight this assault on Illinois taxpayers in the House,” Rep. Halbrook said.

“Remember, these are the same legislators who raised taxes in 2011 and 2017and still continued to spend more than was coming into the state in revenues,” Rep. Halbrook added.

Governor Pritzker and his Democrat allies in the House and Senate are working to push through the chambers a graduated income tax scheme that would raise taxes on Illinois families and businesses by at least $3.4 billion. At the same time, Halbrook noted, Governor Pritzker and his family are under federal investigation for a dubious property tax appeal that the Cook County inspector general’s report called a “scheme to defraud” taxpayers out of more than $331,000. The Governor has also refused to reveal how many domestic and offshore trusts he benefits from to shield his personal fortune from state and federal taxes.

“It certainly appears that Governor Pritzker believes that everyone in Illinois should pay more in taxes except him. This tax increase plan is unfair, and it is potentially disastrous to our economy that is already suffering from families and businesses fleeing our state,” Rep. Halbrook said. “We need responsible budgeting, not higher taxes to fund more reckless spending.”