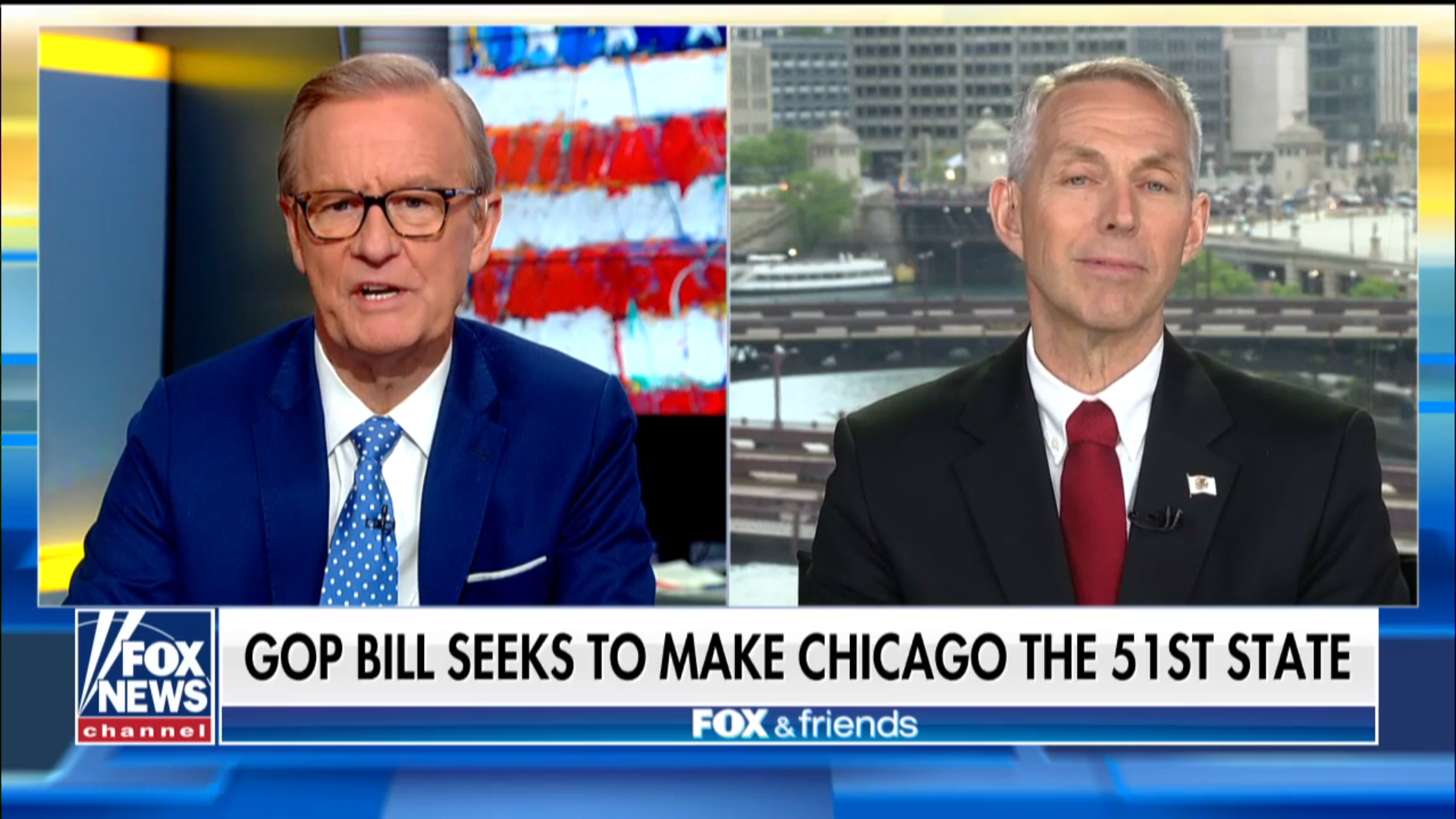 Pushing legislation to break Illinois free from Chicago, Halbrook says Illinois should, “separate from Chicago in the same way West Virginia broke from Virginia.  The majority of legislators in the legislature come from one county and we are not having the same issues in the rest of Illinois.”

“There is a growing movement across the United States to break away rural portions from large population centers.  What we have is simply not working in the state of Illinois,” Halbrook continued.

“The “New Illinois” will stop the piling on of debt, the piling on of unfunded pension liability, starts to turn the State around, and does away with restrictive mandates on local government and business to make Illinois a better place to grow and raise a family,” Halbrook continued.

Halbrook cited the four past efforts that have occurred in United States history in his comments on Fox News.  He says the movement is growing to make this happen in Illinois and many other states.

Video of Rep. Halbrook’s appearance on Fox and Friends can be found at: https://www.foxnews.com/politics/illinois-republicans-push-bill-to-separate-chicago-from-rest-of-state-rural-areas-not-being-equally-represented

102nd District residents can learn more about legislation sponsored by Rep. Halbrook during the Spring legislative session at his website at rephalbrook.com.