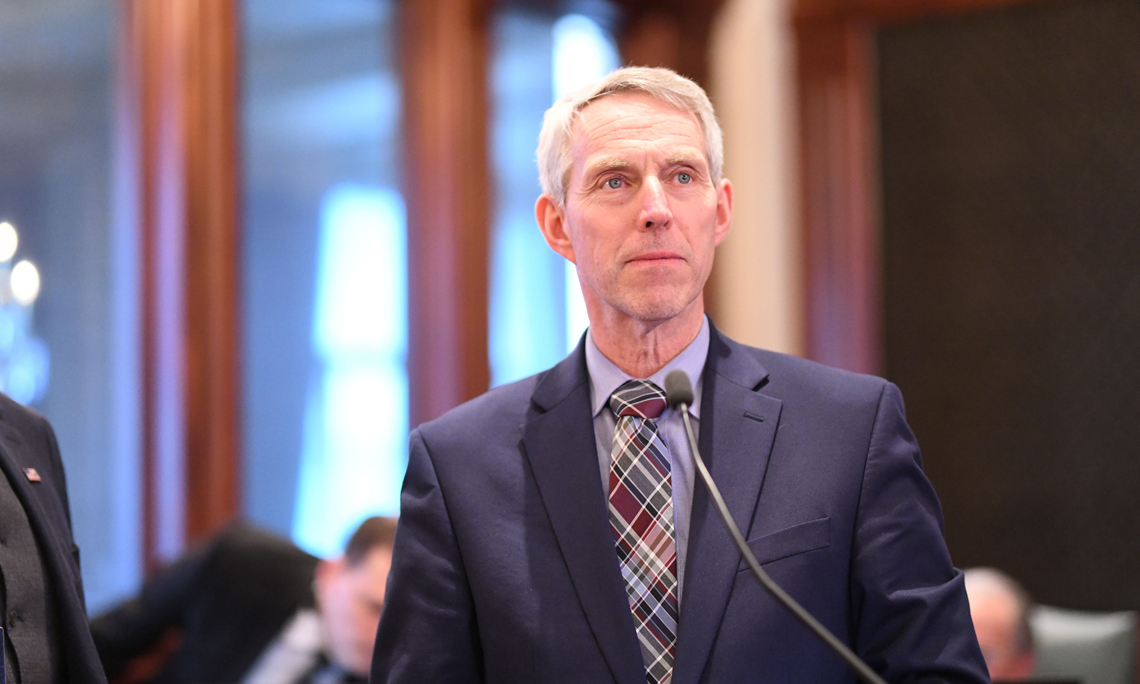 Springfield – Pro-Abortion Democrats in the Illinois General Assembly used late hours over a holiday weekend to silence concerned pro-life advocates while pushing an extreme abortion package through the House committee process on one hour’s notice.

Democrats’ “Reproductive Rights Act” (SB 25) was assigned to a sub-committee on March 6 and never scheduled for a hearing. But on Sunday evening of the Memorial Day Holiday weekend the legislation was scheduled at 6:08 pm for a 7:08 pm hearing.

“Pushing this bill through committee under cover of night on a holiday weekend with no real public notice is clearly the sponsors’ strategy to silence the opposition by preventing them from attending the public hearing,” Representative Halbrook said. “No one from my district or almost any district in the state could have traveled to Springfield to testify on the bill with 60 minutes notice; and that’s clearly what the sponsors intended.”

Halbrook noted that SB 25, in a nutshell, declares that unborn children have no rights under Illinois law, and provides that anyone who becomes pregnant may choose to have an abortion at any stage for any reason.

Sunday’s political maneuver to limit public input on SB 25 happened just one day after a similar procedural loophole was used to push the rate schedule for the graduated income tax proposal through a committee.

“Our rules guarantee adequate public notice must be given for legislation scheduled to be considered in committee to protect the public’s right to participate and to have their voice heard. But in our final session days this spring Speaker Madigan and his caucus are abusing their power to silence any opposition to their agenda,” Representative Halbrook said.