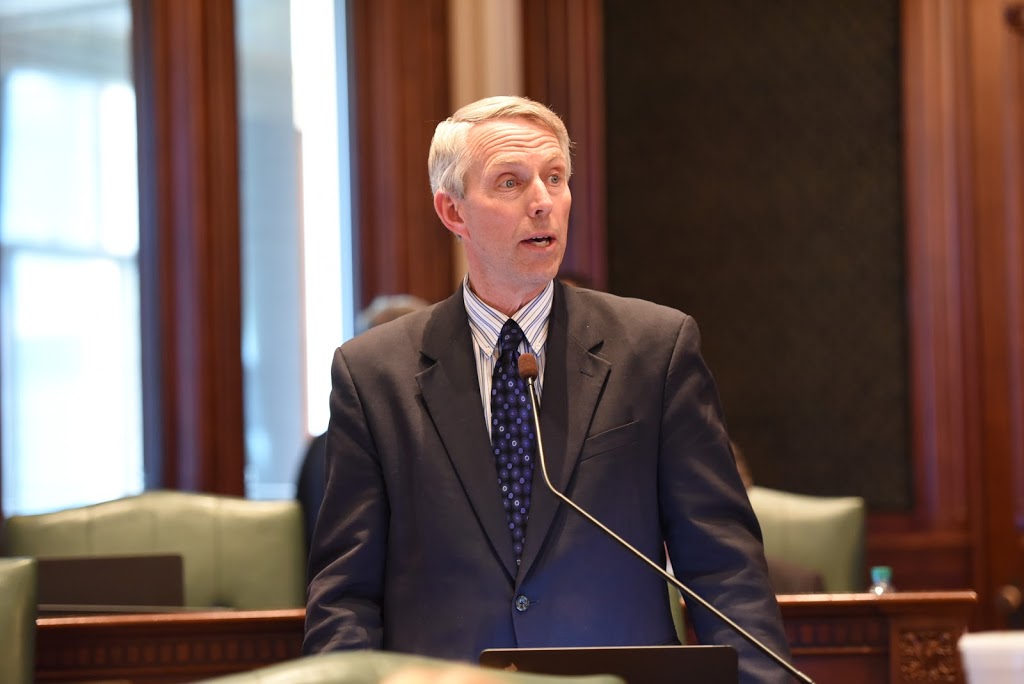 State Representative Brad Halbrook (R-Shelbyville) joined several of his colleagues Wednesday in speaking out on the House floor against one of the most extreme gun control bills to date.

Despite these objections, the Illinois House approved Senate Bill 1966 62-52. The legislation increases the cost of a FOID card renewal to $20 every 5 years (currently $10 for a 10-year license) and requires fingerprinting in order to obtain/renew a FOID card, which would cost citizens up to $30. The legislation also would require private firearm sales/transfers to go through a licensed dealer.

“This legislation is another example of why so many people in rural Illinois want to separate from Chicago and form a new state,” Halbrook said. “Chicago legislators continue to force their values on the rest of the state and there is little interest in trying to understand our perspective. The farmers in Shelby County, or any other rural country for that matter, are not the ones causing the problems of gun violence in our society, but those folks are the ones who will have to pay more for a FOID card and go through a long and painful bureaucratic process just to be able to own a firearm – a right guaranteed them in the Constitution. And if they don’t comply, they could go to jail for up to three years.”

“Senate Bill 1966 is a terrible assault on our 2nd Amendment rights. Rural residents need to stand up for the Constitution by calling their Senators and urging them to oppose SB 1966,” Halbrook concluded.