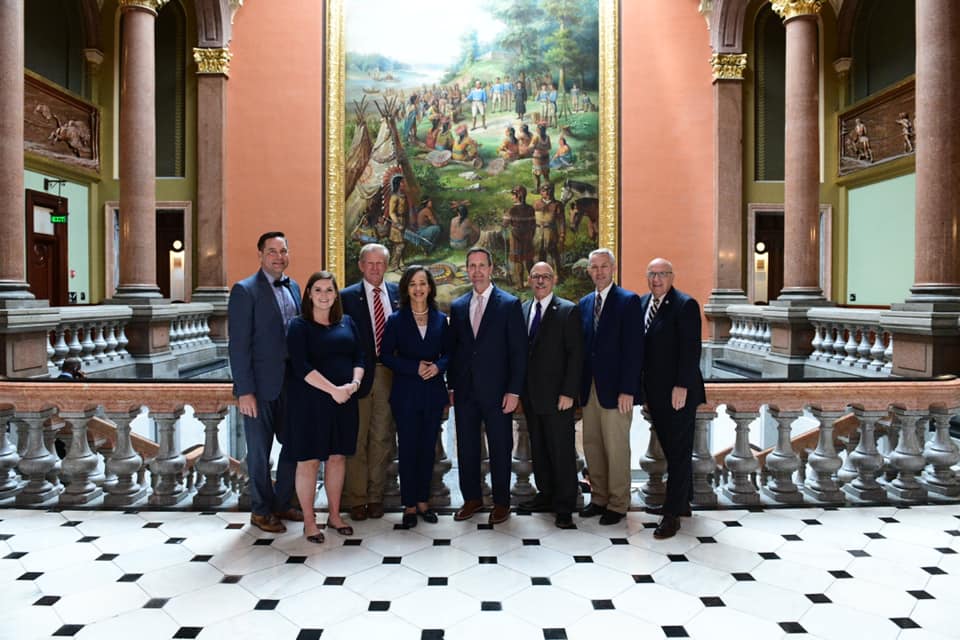 President Trump’s current proposal is an estimated $2 Trillion plan to improve highways, railroads, bridges, and broadband throughout the country.

“This was a good opportunity to present the transportation needs of the 102nd District to two members of Congress who will be making important decisions on how transportation dollars are allocated,” Halbrook said. “I appreciate both Congressman Davis and Congresswoman Blunt Rochester for taking time to meet with me and my colleagues. I am optimistic that there will be a federal infrastructure dea,l and so having the opportunity to talk about the projects we need in our district could pay big dividends for our region.”

Halbrook is on record urging opposition to the Governor’s $41 billion Capital Bill, which relies on massive increases including doubling the state’s gas tax, because he believes the state would be better served waiting to see what happens at the federal level.

“There is a potential of hundreds of billions coming to Illinois through a federal transportation plan,” Halbrook said. “The wise course of action would have been to wait and see what happens with Trump’s infrastructure plan. After meeting with Congressman Davis and Congresswoman Blunt Rochester, I believe there is a serious, bipartisan effort to get this plan or some version of it passed. Before we take radical steps such as doubling the gas tax here in Illinois, it would have been prudent to wait and see what Congress does.”