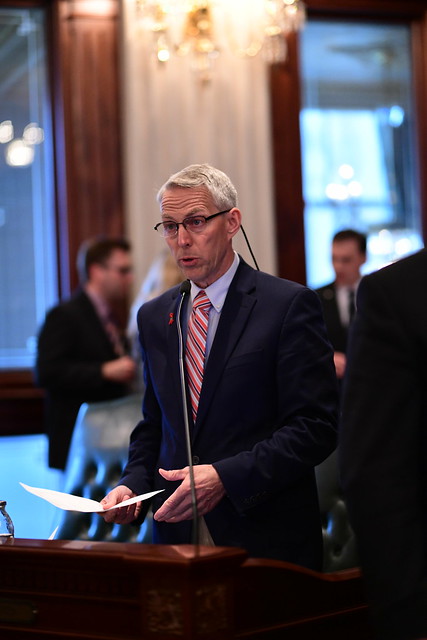 “On the surface, the idea of consolidating these 650 pension funds makes some sense and could save taxpayers money, but taking local decisions away from local people is something that in the end I did not think would be in the best interest of the police and fire districts I represent. This is a risky plan at best. It requires our first responders’ pension funds to be placed in more volatile investments that could end up losing money and leaving the funds and our communities deeper in debt.

The first responders in my local communities have a good reason to be skeptical when Chicago Democrats say they’re going to ‘fix’ their pension problems for them. It’s because of state Democrat mismanagement and skipping required payments that the five state pension systems they are responsible for are nearly $200 billion in debt.

The 650 public safety pension funds represent just a small fraction of the overall pension problem facing the state and making some modest changes to these particular funds will not have a significant impact on the State’s total pension liability. Anything short of the real reforms we need is just window dressing. Some reform is not going to cut it.”