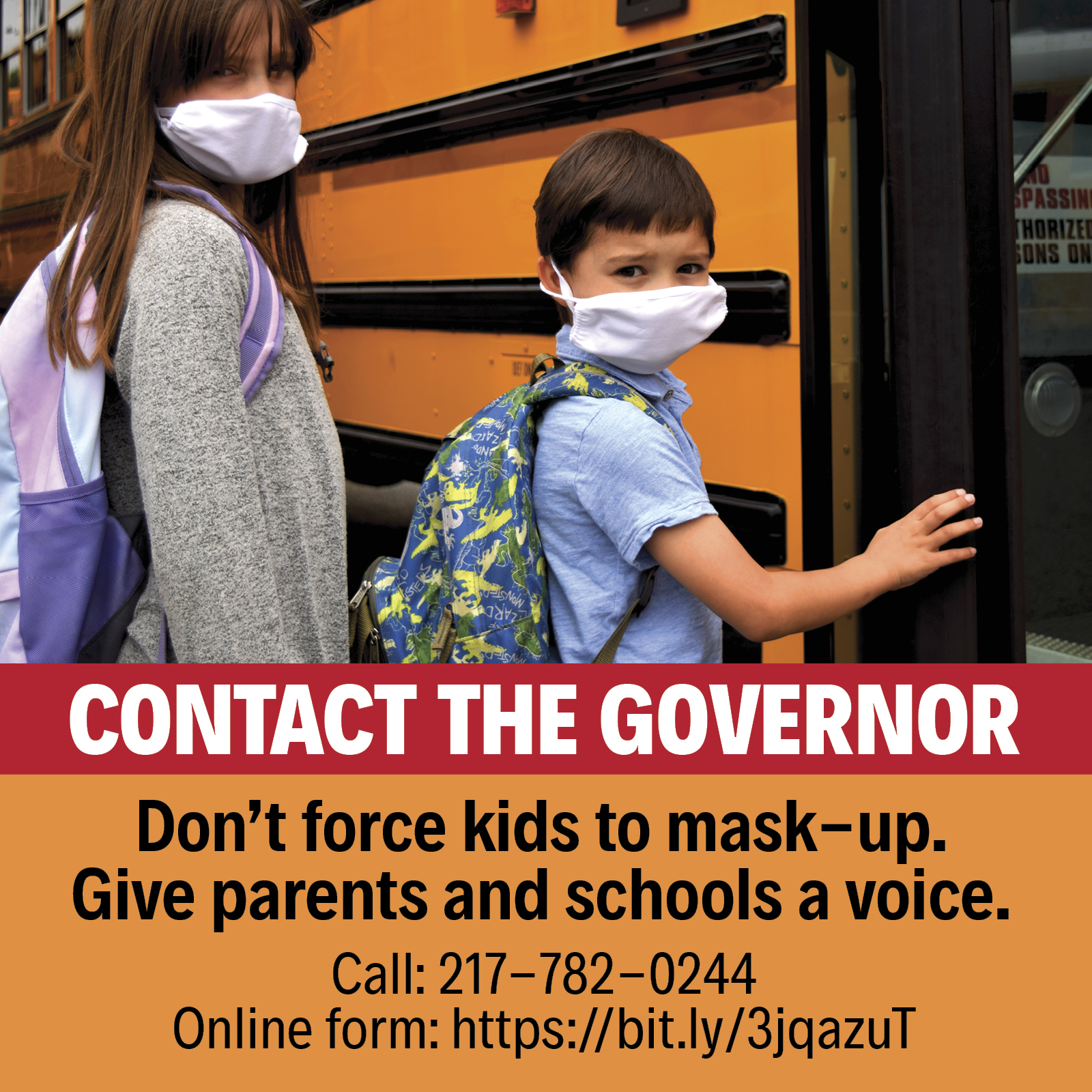 Timothy Christian Schools in Elmhurst planned to remain mask-optional for this coming school year while they investigated the legality of Governor Pritzker’s mandate.

It is time to stand up to tyranny in all its forms.  HB2789 would have given IDPH the power to dictate health policies for non-public schools, but it failed after thousands of witness slips were filed in opposition.  Where is all of that opposition now, when Pritzker is actively defying the will of the people? Parents: attend your local school board meetings and let them know where you stand.  Chris Welch: call the legislature back in session – now.  My Republican colleagues and I want to do our jobs, serving the people who elected us to represent them. I urge all concerned parents to sign our petition and make sure Governor Pritzker knows how you feel about his continued statewide mandates.