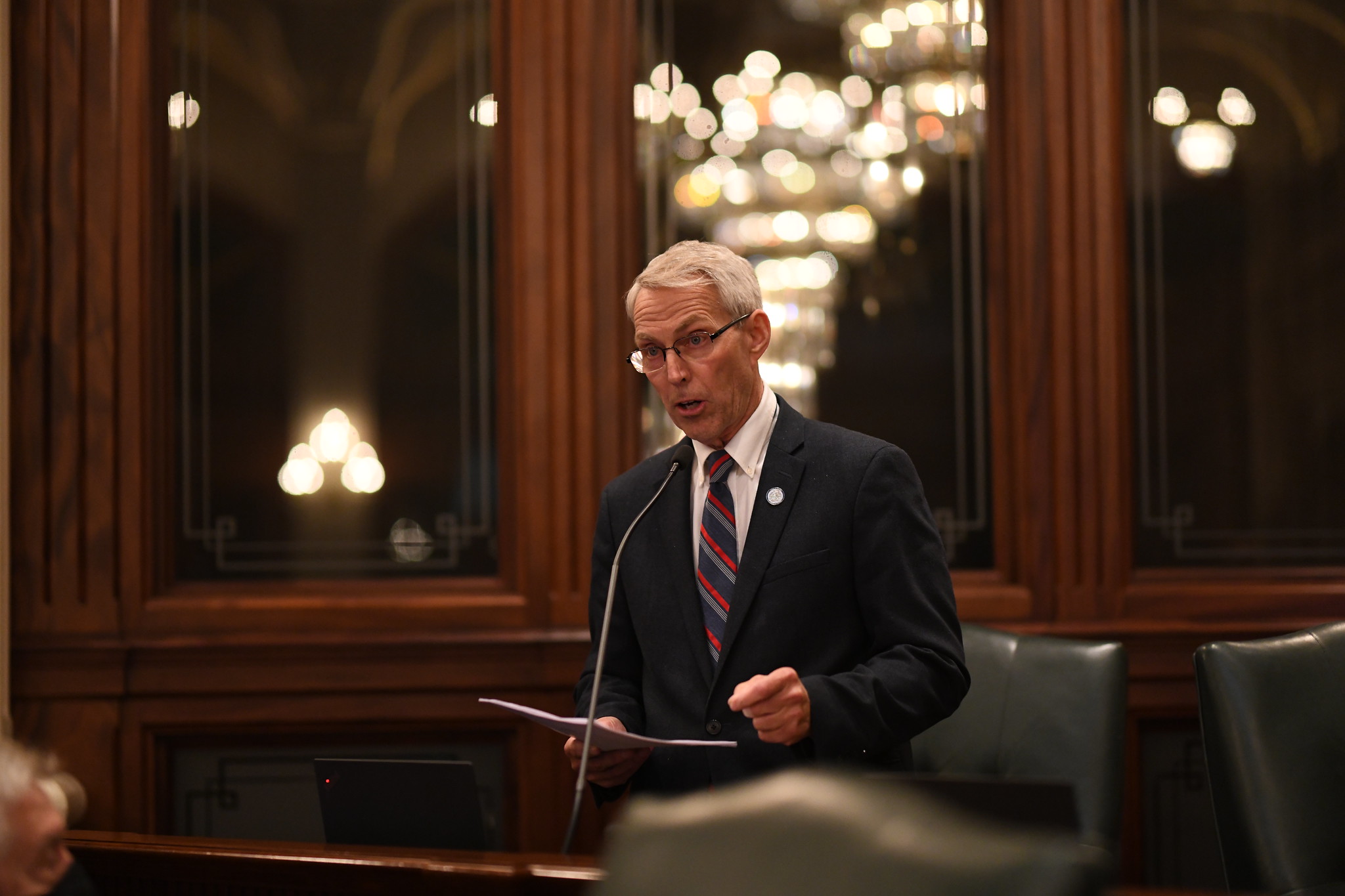 Late Thursday night Democrats in the House pushed through a disastrous energy bill that will strain Illinois families’ power supply, raise consumer prices, and make our state more dependent on out-of-state sources. Rep. Halbrook spoke out against the plan on the floor, and cast a resounding “no” vote. Watch below.

The bill was held up initially by disagreements between labor unions and environmental groups. In the end, the special interests came together to pass a 1000-page bill that changed throughout the day prior to the vote.

The bill includes a bailout of almost $700 million for Exelon, parent company of corrupt ComEd.  It protects state-owned coal plants, but certain municipal plants including Prairie State Energy Campus must be completely carbon-free by 2045.  Private sector coal plants must close by 2030.

The bill will require taxpayers and ratepayers in Illinois to spend $18 billion dollars over the next 30 years just for wind and solar projects.

“Illinois just passed a California-style energy policy that will lead to California-style blackouts.  Instead of creating jobs, the higher costs and unreliable energy will drive businesses and jobs out of the state.  Instead of burning Illinois coal in the cleanest coal plant in the US, we will import energy produced by dirtier plants in other states.  Instead of letting the free market determine which energy source is the best for consumers, this bill gives massive subsidies to all sorts of special interest groups.  This bill is one more reason that continues to make Illinois politically uninhabitable,” Rep. Halbrook said.