Energy Town Hall: “The CEJA bill is a disaster for Illinois” 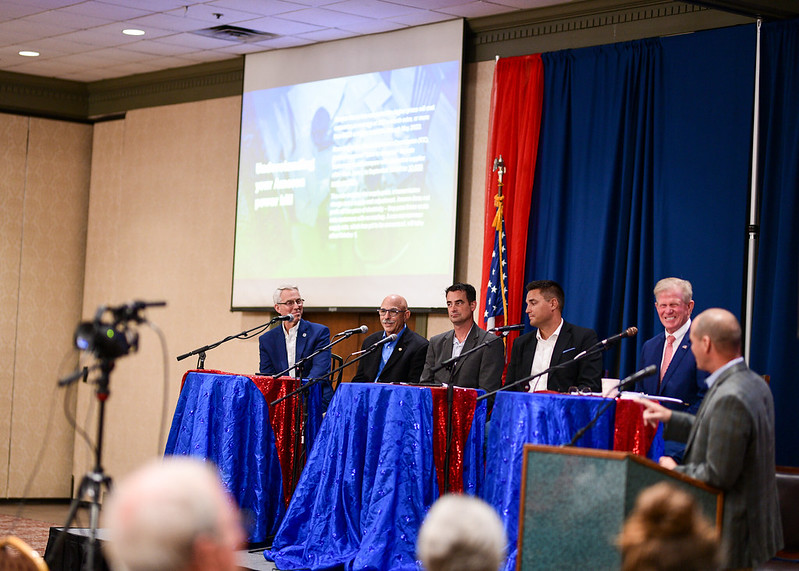 State Representative Brad Halbrook responded, “I want to thank all the speakers who shared their expertise on the energy situation in Illinois. It is vitally important for Illinoisans to understand how our energy is procured and what is happening in the future with energy policy so that residents can hold politicians accountable for the decisions they are making. The CEJA bill is a disaster for Illinois.  I am calling for a full repeal of the bill before it harms our business community and threatens our safety by forcing us to depend on unreliable and unaffordable wind and solar.”

The Illinois Manufacturers Association representative stated that MISO procures power regionally and as Illinois shuts down coal plants here, MISO will just buy coal power in other states and push it to Illinois. He also said legislators failed to heed warnings of higher prices and low supply if CEJA was passed. Legislators knowingly voted to disrupt Illinois’ power supply.

VISTRA, a power producer said Illinois will lose 1,000 MWs by the end of this year with the closure of two coal plants. VISTRA only has plans to add 300 MW of solar in the near future in Illinois and the VISTRA representative admitted they are having procurement problems in obtaining solar panels.

Representative Halbrook mentioned that the MISO app showed that at the time of the town hall, MISO power mix was 41% coal, 35% gas, 13% nuclear, and less than 10% renewable.  And yet, the CEJA bill has a goal of 40% renewable by 2030.