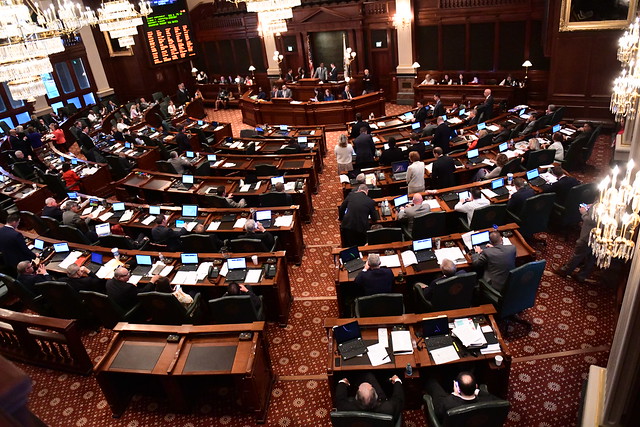 We were in session late last night, adjourning around 1 am. While most Illinoisans were sleeping, Democrats passed several controversial bills:

While Democrats abuse their supermajority status for political gain, it is the people of Illinois pay the price. We have to work together to produce good public policy if we want to make Illinois the best place for families to live, learn, work, and grow.